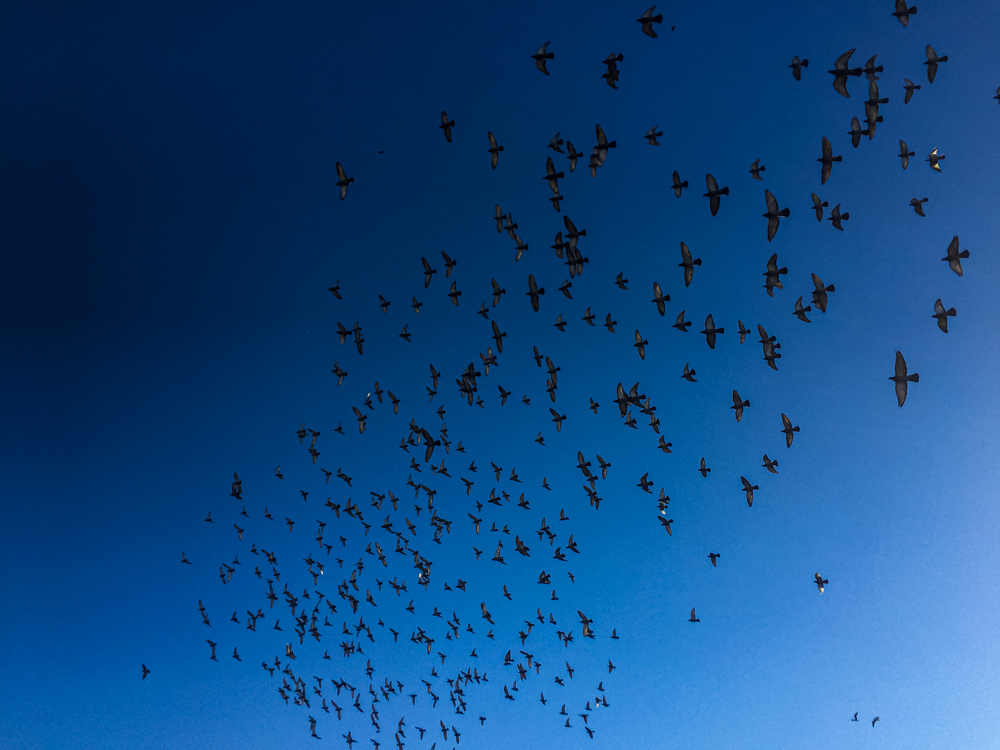 What little Momo could do like no other was: listen. Some might think that is nothing special – listening – why – anyone can do that. But that is not true. Very few people are capable of really listening. And the way Momo knew how to listen was unique in the world. Momo could listen so that people who thought they were stupid found themselves thinking very clever thoughts. Not really because she had said or asked something that had prompted these thoughts, no, she simply sat there and listened with great attention and care. All the while she would look at you with her large dark eyes and you would suddenly feel thoughts emerging that you never realised were in you.

Momo could listen in a way that people who felt lost or undecided all of a sudden knew exactly what they wanted. She could listen so that shy people suddenly felt free and brave. Or unhappy and depressed ones would feel confident and happy. And if someone thought their life was useless and meaningless, he himself only one in a million, one who doesn’t count and who can be replaced as easily as a broken pot – if he went and told Momo, small Momo, while he was talking he would realise in the most wondrous way that he was totally wrong, that he himself, exactly as he was, was unlike any other human being and therefore special to the world in his own special way. Such was Momo’s ability to listen!

(‘Momo’ by Michael Ende, 1973, p.21)
_______________________________________________________________
The story of Momo has accompanied me since childhood. It is the tale of a little girl who is an orphan and lives in an old open air theatre in Greece. When she sees her friends loose meaning and quality of life due to an ever faster pace and search for material gain and status, she is the one who takes on the ‘time thieves’. It is a wonderful narration about the woes of (post)modern values and lifestyles, about imagination, storytelling and about the loss (and gain) of humanity and friendship. In the story, Momo, when pursued by the time thieves (for she poses a real threat to them with her timeless, playful ways of living) encounters Master Hora, the guardian of time and his tortoise, Kassiopeia. When Momo becomes fearful and wants to run faster to escape her enemies, the tortoise reminds her that ‘those who go slow arrive in time’. In my practice, at the root, I still take many of my cues about the art of listening from the wisdom of this childhood story.
_______________________________________________________________
Momo listened to all, to dogs and cats, to crickets and toads, yes even to the rain and the wind in the trees. And all spoke to her in its own way. Some evenings when all her friends had returned home, she sat alone for a long time in the big stone round of the old theatre above which the star-sparkling sky concaved, and she simply listened to the great silence.

Then it appeared to her as if she sat in the midst of a giant ear drum that listened out into the world of the stars. And it appeared to her as if she heard a quiet and enormous music that found its way strangely into her heart. On such nights she had particularly wonderful dreams.
And if you still think listening is nothing special, then go try if you can do it like that.